Mind over matter – extending the limits of the mind and body is a life-long obsession of mine. In my youthful days, I thought more from the perspective of fantasy stories and superheroes. I was inspired by characters like Dr Strange, The X-Men, and Garion. In my defense, I was young and impressionable. I had read about monks who could levitate and dry wet sheets with their body heat and I was captivated.

I left my childish fantasies behind as I grew older, but I never gave up on the idea. I brought that obsession to my children when I pursued a Right Brain Education for them. We never unlocked the mysterious third eye, but a part of me that still searches for answers to the unexplained.

There is clearly a power to the mind that goes beyond our understanding that even science submits to. It is acknowledged in studies by way of the placebo effect.

Mind Over Matter: The Placebo Effect

[noun] a beneficial effect, produced by a placebo drug or treatment, that cannot be attributed to the properties of the placebo itself, and must therefore be due to the patient’s belief in that treatment.

In a study on sleep, Draganich & Erdal found that just believing we slept well the previous night can boost cognitive performance in the following day. So is it just belief? If we tell ourselves we’ll get better or we slept well, would that work? Or do we need to believe deep down inside? To what level of conviction must we reach before the belief kicks in and takes over? And if it is so easy, why aren’t we telling more people to will themselves to better health? If it is the mind that heals the body, then why do we need a doctor prescribing a sugar pill?

If that isn’t perplexing enough, one study revealed that patients can still get better even when they know they are taking the placebo drug! In the study, patients were told they were getting the placebo drug. The bottles of pills that they received even had the word “placebo” printed on them. They were under no illusion that they might be receiving the treatment and yet, they got better. So why does the placebo work? And if it works even when we know it’s a placebo then why bother to administer one at all?

I remember reading about this in Tony Robbins‘ book. He was making the argument that change can happen in an instant. He described a person with multiple personality disorder whose eye colour would change with his personality. These were documented scientific observations; they were not the slight of hand trickery of magicians.

When Timmy drinks orange juice he has no problem. But Timmy is just one of close to a dozen personalities who alternate control over a patient with multiple personality disorder. And if those other personalities drink orange juice, the result is a case of hives.

The hives will occur even if Timmy drinks orange juice and another personality appears while the juice is still being digested. What’s more, if Timmy comes back while the allergic reaction is present, the itching of the hives will cease immediately, and the water-filled blisters will begin to subside…

…For more than a century clinicians have occasionally reported isolated cases of dramatic biological changes in people with multiple personalities as they switched from one to another. These include the abrupt appearance and disappearance of rashes, welts, scars and other tissue wounds; switches in handwriting and handedness; epilepsy, allergies and color blindness that strike only when a given personality is in control of the body.

The ability to change in an instant, right before their doctors’ eyes, suggests that the body can change instantaneously at the cellular level and that it is controlled by the mind. The question is: are these people able to achieve this because there is something different about them? Is it possible for “regular” individuals to achieve this, too? What is it that we must do in order to make this happen?

Some individuals have had dreams of injuries that become real. For instance, a person who dreams of being burned in a fire might wake up with burn injuries. The following documented example was highlighted on Listverse’s examples of mind over matter:

During a battle with typhoid fever, Durga Jatav had an extremely vivid dream about being held captive in another realm. To keep him from escaping, his dream captors cut his legs off at the knee. Unfortunately, his legs were already severed by the time the captors realized they had the wrong man and didn’t need to keep Jatav after all. When Jatav asked how he could leave with no legs, they offered him several pairs of legs, he picked out his own pair, and then they were miraculously reattached.

While Jatav was having the dream, his body became very cold and at one point his family thought he was dead, yet he revived a few days later. Once he was awake, his sister and neighbor noticed deep fissures around his knees that weren’t there previously.

Although these are negative examples of mind over matter, could we use our dreams positively? I have one personal anecdotal experience of a positive dream effect. One morning, I woke up with my throat feeling sore. It was the kind of sore that you get when you have a nasty throat infection. I remember dreading the thought of being sick. I decided to go back to sleep hoping that rest would alleviate the severity of the illness. When I woke up later, my throat felt completely normal.

Brain scans of participants found that those with negative ageing beliefs had smaller hippocampi. 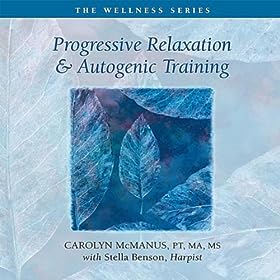 If this works for healing the body, what else can it do for us?

Mind Over Matter: The Law of Attraction

The Secret, The Law of Attraction, whatever you want to call it, states that “like attracts like”. If we focus on positive or negative thoughts, we will bring positive or negative experiences into our lives. This idea has been around for the last century but it has never been scientifically proven. So Princeton scientists decided to study the effects of our thoughts and energy on our surroundings:

To determine the effects of the minds intention on the physical world, they built several machines called  a random number generator. The machine would essentially mimic a coin flip and record the results over time. The machine performed 200 flips per second and produced an average mean of 100 as one would expect. Left unattended, the machine would continue to produce results that suggested a 50/50 chance of producing either heads or tails. The interesting results came when human intention started to interact with the machine. What was once a random 50/50 chance of producing heads or tails began to deviate from expectation as the observer began to intend for the numbers to be higher or lower. While the effects of the mind over the the machines was not large, it was enough that contemporary physics is unable to explain what exactly is happening.

Although the study was not conclusive scientific proof of mind over matter, it certainly does not disprove it. What it does suggest is that we should dig deeper. If you’re prepared to take a leap of faith to see how far you can go, I would start here:

At the very least, these are good activities with loads of other benefits so you have nothing to lose.

SHEN-LI LEE is the author of “Brainchild: Secrets to Unlocking Your Child’s Potential”. She is also the founder of Figur8.net (a website on parenting, education, child development) and RightBrainChild.com (a website on Right Brain Education, cognitive development, and maximising potentials). In her spare time, she blogs on Forty, Fit & Fed, and Back to Basics. View more posts